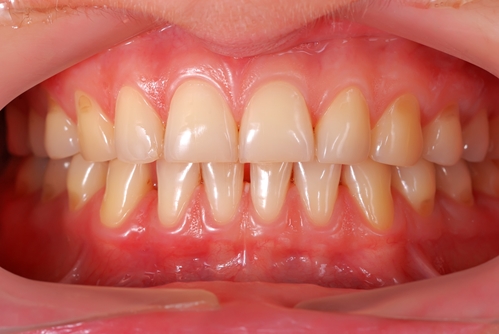 Did prehistoric humans have better teeth than us?

Nowadays, humans have access to dental floss, toothpaste and toothbrushes, but back in prehistoric times, men and women had little to rely on when it comes to oral hygiene.

Still, according to a recent study published in Nature Genetics, ancient hunter-gatherer clans had better teeth than we do today – a finding that has been linked to changes in human diets over time.

Prehistoric teeth
“Hunter-gatherers had really good teeth,” says Alan Cooper, Ph.D., director of the Australian Centre for Ancient DNA. “[But] as soon as you get to farming populations, you see this massive change. Huge amounts of gum disease. And cavities start cropping up.”

According to Cooper and his team, the gradual shift in human diets from meat, nuts and vegetables to carbohydrates and sugar effectively altered the makeup of bacteria in the mouths of modern men and women, National Public Radio reported.

Researchers examined the teeth found in 34 prehistoric skulls and determined that, specifically as ancient man took to tilling the fields and focusing on agriculture in favor of hunting, particular forms of harmful bacteria began to infiltrate human mouths.

Disease-causing pathogens specializing in devouring carbohydrates helped deteriorate human teeth, and the introduction of pre-processed sugar and flour in the late 19th century during the Industrial Revolution hastened the decline of teeth.

“What you’ve really created is an ecosystem which is very low in diversity and full of opportunistic pathogens that have jumped in to utilize the resources which are now free,” added Cooper.

Techniques from ancient dentistry
While Cooper’s study suggests that prehistoric man enjoyed greater oral health due to diet, another report published in PLoS One has revealed more information about possible early dentistry techniques.

Led by Federico Bernardini and Claudio Tuniz, of the Abdus Salam International Centre for Theoretical Physics in Italy, researchers in Italy and Australia made remarkable discoveries while examining the remains of a 6,500-year-old human jawbone, Medical News Today reported.

Specifically, a tooth found with the jaw near Trieste in Slovenia hints at possible methods used to fill cavities by dentists during earlier times. The tooth, which is a left canine, was found to have traces of beeswax in the crown.

“This finding is perhaps the most ancient evidence of prehistoric dentistry in Europe and the earliest known direct example of therapeutic-palliative dental filling so far,” said Bernardini.

Due to the condition of the tooth, researchers believe the person who received the filling may have been near-death or perhaps already dead by the time the procedure was completed.

“If the filling was done when the person was still alive, the intervention was likely aimed to relieve tooth sensitivity derived from either exposed dentine and/or the pain resulting from chewing on a cracked tooth,” wrote the study’s authors.

Living in the moment
When it comes to having a set of sparkling chompers, there’s no need to live in the past! While prehistoric man might have had an advantage due to a diet rich in hearty meats, legumes and nuts, there are plenty of ways that the men and women of today can improve their oral hygiene.

One of the first and most effective ways to counteract poor diet is to schedule regular sessions with a local dentist. Setting up an appointment with a nearby dentist clinic can help you monitor possible threats to your oral health and also give you an opportunity to address certain concerns, such as whether or not your eating habits are have a very negative effect on wellness.